Six feared dead in Port Harcourt fatal accident
A fatal motor accident at Iriebe area of Port Harcourt-Aba Expressway, Obio/Akpor Local Government Area of Rivers State, Wednesday, has claimed some number of lives.
Whereas some reports say six persons died in the incident, other unconfirmed reports claim 11 persons lost their lives. But Federal Road Safety Corps, FRSC, confirmed that three persons died in the accident.
The accident which happened around Intel’s Junction, on Port Harcourt-Aba Expressway, was between a Hiace bus loaded with passengers and a stationed truck loaded with timber.
The Federal Road Safety Corps while confirming the incidents said it was tragic and pitiable, blaming the accident on poor visibility.
The FRSC Sector Commander in the state, Corps Commander Salisu Galadunchi, said the accident may have occurred because of poor visibility, adding that three dead bodies were recovered from the bus.
Galadunchi said: “It happened around Oyibo Eleme Area. Actually, the accident happened around 6:00am, Wednesday morning. The vehicles involved are a Toyota Hiace bus and a truck. The Toyota bus rammed into the truck.
“The truck was completely parked off the road, but because the driver of the bus was moving that early morning, and you know that early in Port Harcourt there is poor visibility.
“Because of the poor visibility, the bus went off its lane completely and entered under the parked truck. Poor visibility may have been the cause.
“When we got there we met three dead bodies, two men and a woman. Police helped us in bringing the out.”
He said the dead bodies have been deposited in a mortuary while other victims who sustained injuries have been hospitalized.
But a source privy the accident, who gave his name simply as Ikenna, claimed that no fewer than 11 passengers involved in the ghastly motor accident died.
Ikenna said the incident happened because a tipper loaded with wooden planks suspected to be bad, had parked there for close to three days. 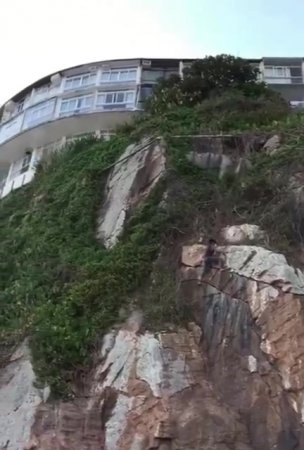 Man Fell Off A Cliff On The Beach 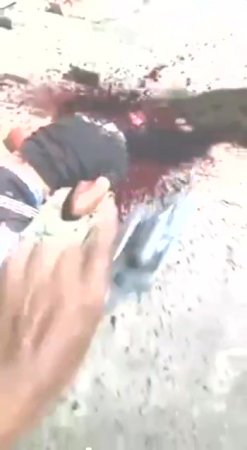 An Unconscious Guy Is Decapitated With A Huge Machete

Looks Like A Grenade Exploded In My Stomach. What Actually ...