Dude In A Bulletproof Vest Started A War With The Cops

Body camera footage released by the Jacksonville Sheriff's Office, shows the moments two officers engaged in an intense shootout with an armed man wearing body armor.
On January 8th, 2022, at approximately 1 a.m., law enforcement officers observed a vehicle making an illegal U-turn at a red-light intersection. As shown in the body camera footage, the driver of the vehicle complied with all commands directed to him; however, he was placed into the rear seat of a police cruiser because he could not present a valid identification.

While law enforcement officers continued investigating the remaining personnel within the vehicle, the front passenger was observed wearing body armor, furthermore, raising the officers suspicion. Additionally, officers smelled a strong stench of marijuana coming from the vehicle. Shortly after making contact with the passenger, officers asked the male to exit the vehicle; however, he refused to exit, and officers were forced to remove him.

While pulling the man out, officers observed the magazine of a handgun sticking out from the male subjects pocket. Before he could try to get the weapon, officers attempted to place the man in handcuffs, but were unsuccessful. The man swung at officers, breaking away and began fleeing. As he fled, the male subject drew the firearm and discharged multiple shots in the direction of the officers. In response, two officers discharged nearly two dozen shots, striking the male subject, and neutralizing him.

After the shooting, the male suspect was identified as 27-year-old Teronnie Wade, who at the time of the shooting was a convicted felon out on bond awaiting trial in a 2020 case. Wade was awaiting trial on charges from a traffic stop in 2020 in which he was also a passenger. According to an arrest report, Wade was found in possession of a handgun, 22 bags of cocaine and the synthetic drug Flakka, a street drug similar to bath salts.

Since the incident, Wade was known to be in critical condition, but no additional information has been updated. 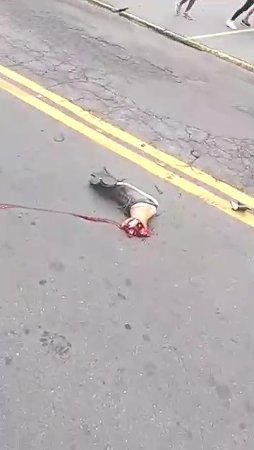 Part Of The Rider's Leg Is Far From The Body 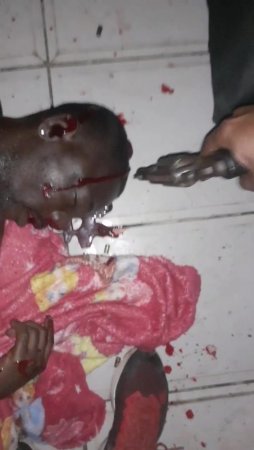 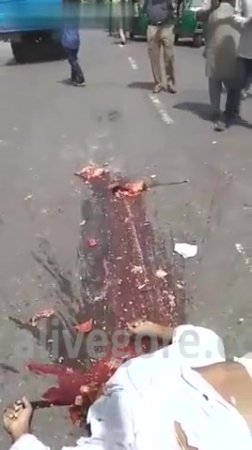 Man's Face And Body Splattered Across The Road

Somewhere There Was A Face