UncensoredVideos » Accident » Woman Cut In Half By Train

Woman Cut In Half By Train

33-year-old woman died after trying to cross the railway line during the passage of a train, in Sarzedo, in the Metropolitan Region of Belo Horizonte. The accident took place on the afternoon of this Monday (27).
According to the incident report, Laiarla Carolina Francisca da Silva Pereira was preparing to cross between the wagons, when she was alerted by witnesses. The woman ignored the calls and made the crossing. At one point, she ended up losing her balance and fell in the middle of the composition. According to the PM, Laiarla had her body torn apart.
The victim's sister and brother-in-law were at the scene of the accident and confirmed her identity. They told the military that Laiarla was a drug user, but had no other addiction-related problems.
The sister even claimed to have made phone contact with the victim hours before the accident. The train driver told the police that, while the train was passing through the stretch, he did not observe any movement on the railway line and only stopped when he was alerted by his colleagues, during the composition maneuver. The expertise was triggered and the woman's body removed to the post of the Legal Medical Institute (IML) of Betim, in Grande BH

Car Dealership Security Guard Shot Himself In The Arm And Jaw ...

The Man With His Throat Cut Is Still Instinctively Trying To ... 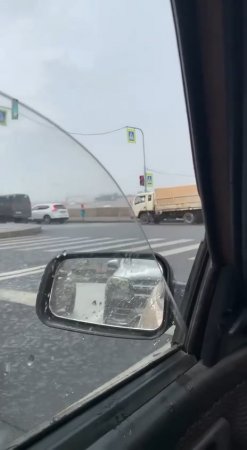 Woman Tried To Run Across The Road And Died While Still In ... 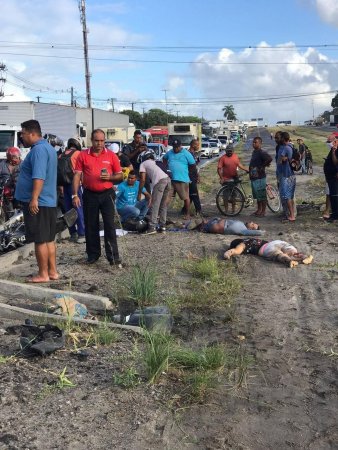 Family Couple Died In An Accident