Russia
A whole family of two adults and three children from Astrakhan died in an accident in Kalmykia.

The incident happened at 8:40 am on the R-216 Astrakhan - Elista - Stavropol highway in Kalmykia. According to local police, a 40-year-old resident of Astrakhan, not convinced of the safety of his maneuver, drove into the oncoming lane, where he collided with a KAMAZ. The latter was run by a 32-year-old resident of Elista.

As a result of an accident, the driver and passengers of the car: a 42-year-old woman and children 5, 9 and 15 years old, were killed at the scene of the accident. The truck driver was not injured. Is He An Idiot Or Suicidal? 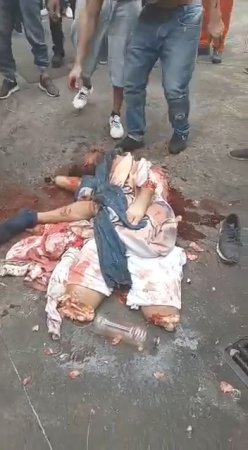 As A Result Of An Accident, The Man's Lower Leg Was Torn Off