The suffocation death of a man at the hands of two Brazilian federal agents who locked him in the trunk of a patrol car has shocked the country. The police action, which was recorded by some of the people who were at the scene, took place on Tuesday in the northeastern state of Sergipe, and has caused a wave of indignation on the internet and news media.
Video shows how two agents forcibly retain G. de J. S, 38, in the trunk of a police SUV, while a dense white cloud, which apparently is tear gas, emerges from the interior. You can hear the screams of the victim, who according to his relatives suffered from schizophrenia, and see how his legs, which protrude from the vehicle, kick for a while until they finally stop moving.
Another recording shows the previous moments, when the victim turns around and is immobilized and tied hand and foot. Immediately afterwards, the uniformed officers place him in the trunk of the police car and apparently, with the door down, they throw tear gas into the interior.
The victims' nephew, who witnessed the incident, explained to the local press that the agents told him to raise his hands and saw that he had a lot of medicine in his pockets due to his illness. "My uncle got nervous and asked me what he had done. I asked him to calm down and listen to me." In addition, he also said that he had warned the police that the man was unwell before they launched what he described as a tear gas grenade. "It was a torture session," He condemned .
The victim suffered from schizophrenia, according to his family. Brazilian authorities on Thursday removed the federal police officers involved from their duties. The Federal Highway Police (PRF, for its acronym in Portuguese) assured in a note that it is "committed" to clarifying the event that ended the life of G. d. J. S. 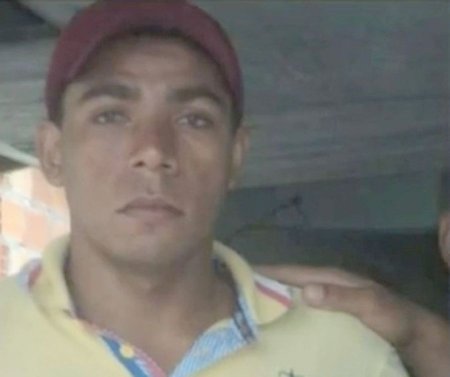 The PRF indicated that, "because of his aggressiveness," "immobilization techniques and instruments with less offensive potential" were used against the detainee. He also explained that during the transfer to the police station, the detainee "had a bad time and was immediately taken" to a hospital in the region, where "he was treated and death was confirmed," although the family assures that when he arrived at the clinic he was already dead.
A preliminary autopsy concluded that the man died of respiratory failure due to "mechanical blows and suffocation," A Sergipe state forensic institute spokesman told.
The incident "shocked Brazilian society due to the level of its brutality, exposing the lack of preparation" of the Federal Highway Police in ensuring that its agents "obey basic boarding procedures," said the Brazilian Security Forum.
Afterwards protests and riots took place.
In Brazil, violence and deaths at the hands of police officers is common and disproportionately affects the country's black population. According to this, the police killed 6,416 people in Brazil in 2020, of which almost 80% were black. "We live in a democracy and there is no space for barbarism to be practiced under the pretext of defending law and order," a Human Rights Watch spokesman said.
The Human Rights Watch organization asked the Prosecutor's Office to investigate "immediately" the arrest of the victim and "the circumstances of his death," including possible "indications of torture."
"The Brazilian authorities have an obligation, under Brazilian law and international human rights law, to investigate the murder and bring those responsible to justice," he said.
For his part, the president of Brazil, the far-right Jair Bolsonaro, who defends the elimination by law of punishments for police officers who have been able to commit abuses during the exercise of their functions, affirmed this Thursday that "nobody admits the execution." The president also mentioned an unrelated incident two weeks ago, in which a man shot two highway policemen.
This new case of police brutality comes a few days after highway police officers participated in an operation in Rio de Janeiro that left more than 20 dead. Police have said they had no choice but to use deadly force, but residents' accounts published in local media have cast doubt on that claim A Woman Drove Into The Oncoming Lane, Resulting In Three ... 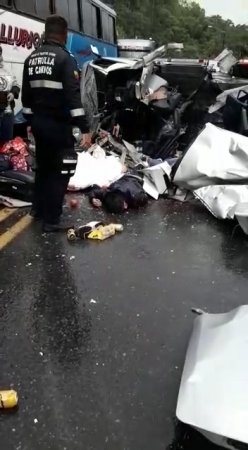 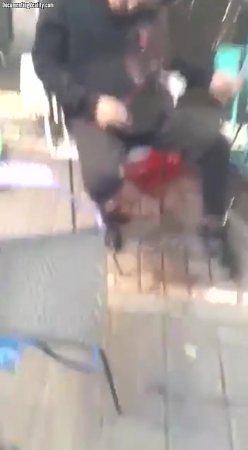 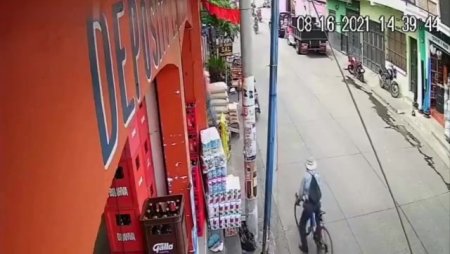 Elderly Man on Bicycle Loses Balance Gets Fatally Run Over by ... 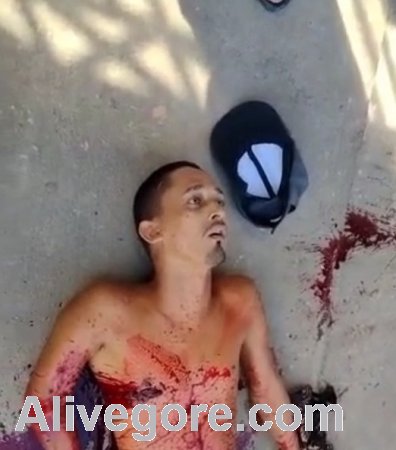 Spouting blood - the most recent seconds of a man